To get the full 360° experience, open the video in Chrome (mobile users, view it in the YouTube app).

Years ago when I was at the Ashram, I heard a wonderful story about a devotee of Sai Baba. 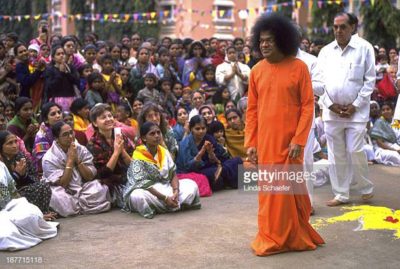 Sai Baba approached one of His students who was also an assistant to Him and asked a question “Who is God?” The student answered “umm…Swami, God is Omnipresent, Omniscient, Omnipotent?”

Baba shook his head from side to side and asked him again “Who is God?” The student replied saying “Umm….God is powerful?” With a playful spirit, Baba asked him once more “Who is God?” The young student looked confused and was at a loss for words when Baba said “Ok ok, close your eyes and from the language of the heart – who is God?”

Struggling to find words the student said “umm God Is…”, when Baba shouted “STOP! That’s it! God IS!”  The story doesn’t end here…I’m sitting in Darshan in the front row and as Baba passes right by me, he says

Fast forward. I’m in Egypt and Spirit is guiding me to go into the subterranean chamber, which lays 90 feet below the surface of the Giza plateau, under 2.3 million blocks weighing nearly 6.5 million tons.

Oh, and it’s closed to the public 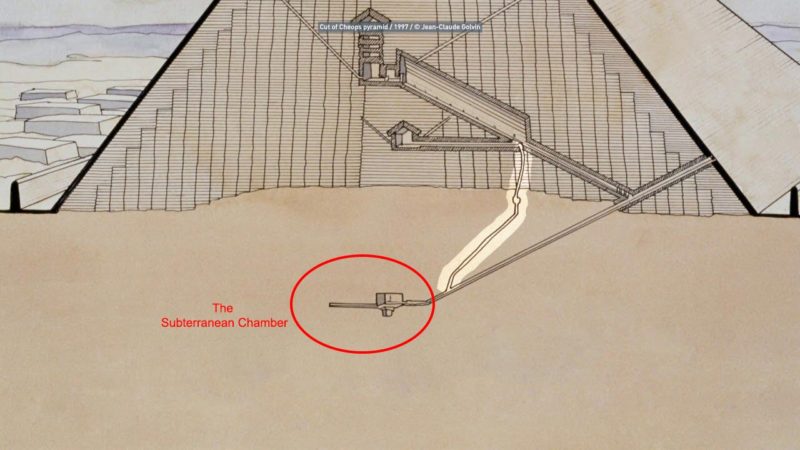 But, as miracles always unfold in Egypt in the most unexpected ways,  Hazem, our guide, like Aladdin’s genie says “Your wish is my command”, produces the key and unlocks the gate for me. The next thing you know, like the tomb raider, I’m crawling on my belly through a long tunnel, beneath the pyramid. It’s dark, it’s musty and I have no idea how long it is. All I know is that I’m told to go into the chamber where all shall be revealed.

Finally I reach the end of the tunnel and I’m now standing in a cave-like room. Silence was all I heard. At the speed of light my thoughts were firing when suddenly I was a time traveller and I remembered  the pyramid was submerged. The desert was the ocean and water was everywhere; the great flood. Noah. Dolphins and whales. Memories of the Rishis and their teachings coming from the annals of time rang true. I knew because I was there. 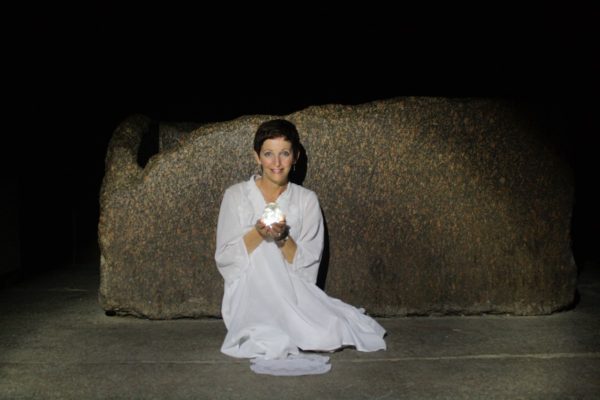 Suddenly, the chime of a bell rang out, and to the resonate sound of F-sharp, I was awakened to truth. Time to go. Truth carried me up the grand gallery toward my group, who were waiting in silence for their final initiation in the crown Chakra.

Baba was there, standing in the sarcophagus. The glory of God poured over us as the top of the pyramid opened up. The heavens were upon us. Angels sang songs of praise and Ascended masters cloaked in white robes stepped out of the walls. We had raised our consciousness to the level of the indwelling Christ!

Effortlessly I floated out of the pyramid. My heart was big enough to hold all seven billion people on our planet. Molecules of love were everywhere, holding everything together in perfect balance.

Back on the bus I took the microphone, and without a thought Spirit sang through me.

My mind went back to the day when I heard the story of Baba asking His student “who is God?”  God IS.  This was the day, that I knew that for sure!

Don’t you just love the connection?

To this day we sing this simple mantra and it seems to fire up those molecules of love everywhere!

If you are intrigued by my story and want to dive deeper, I invite you to check out lesson 183 in A Course in Miracles. “I call upon God’s name and my own”. You’ll be astounded!

See you in Egypt!
I Love You
Dehyana xo

Did you read lesson 183? What do you think? We’d love to know…share your insights by leaving a comment below!
Have you travelled to Egypt with us? What were your profound experiences? We love to hear all about the power of Egypt – through the perspective of fellow initiates – so leave a comment below!
Interested in joining us this September? Spots are still available, check out the details here.